You might have seen men wearing kilts. You might have heard jokes about what Scots wear under kilts. But do you know that kilts of Scotland are known as the country’s national garb? It is a highly recognized form of dress throughout the world.

As a matter of fact, nothing matches the Scottish kilts when it comes to the national costume. Whenever you think about Scotland, the first thing that pops up in mind is the highland dress. It is a historical piece of clothing that stood the test of time. Highland dress has evolved over time, and nowadays, it is an essential part of modern fashion.

Highland dress is the symbol of Scotland, and scots have been wearing kilts for centuries. As a matter of fact, it is a sacred symbol of honor and patriotism for them. This fantastic highland dress has changed a lot with the passing years, and modern kilts are tailored to keeping the latest trends in view. People wear traditional kilts as well as the modern kilts that are highly fashionable and make you look distinct in weddings, parties, balls, dances, work, and graduation, etc.

What did scots wear before kilts? You may be astonished to know that the Scottish dress male you see today is very different from the original clothing worn by the Scots centuries ago. Both the Irish and Scots used to wear a long baggy shirt. They would dye it yellow with Autumnal saffron. Along with it, they used to wear an untailored woolen cloth around the waist. That cloth was also used as a sleeping blanket.

Then in the later 16th century, Henry VIII banned the saffron shirt. After that, Scottish people started wearing a breacan feile, which is also known as ‘belted plaid.’ Then in the 18th century, a tailored variant “kilt” appeared on the scene, and since then, people are wearing it either to show their connection to their pride Scottish culture or for style.

More than just an outfit:

What do you think about the highland dress? Is it just a piece of clothing worn by Scots, or it is something more than that? Well, a kilt is a knee-length garment that Scots wear. They wear it on both formal and informal occasions. Grooms wear it at their weddings and for best men what can be better than wearing the highland dress. Men wear it at parties, dances, balls, graduation, and even at funerals too. They wear them on work as the kilts are comfortable and provide more freedom of movement.

But it is not just an outfit. It is the national dress of Scotland and a symbol of pride for Scots. It is sacred to them, so wear it with pride, respect, and confidence.

Who can wear a kilt?

Who can wear the highland dress? Is it an offense if non-scots wear the highland dress? Well, there is no problem in wearing a kilt even if you do not have any connections with Scotland. As a matter of fact, they will be pleased to see that you have made an effort. However, you need to make sure that you wear it with respect as it a sacred symbol of patriotism for scots, so your aim must not be to offend anyone.

It is also necessary to mention here that tartans the scots wear represent their clans (family). But there are many tartans that are considered universal, and anyone can wear it even if he does not belong to Scotland. But some tartans are restricted as they are linked to royal family etc. so you can wear those tartans. You can visit Scottishkiltcollection.com to pick a tartan of your choice to rock your look.

Do scots really not wear anything under kilt? Are the kilts always expensive? Let’s check out some interesting facts about this fantastic piece of garment.

When you want something high quality, you have to pay for it. A good kilt comes at a hefty price. There are some kilts available at cheap rates out there, but these are not well made. The highland dress is made from pure wool, which is expensive itself.

So, don’t believe those who sell kilts at a cheap price. At The Scottish Kilt Collection, you would find a huge collection of high-quality kilts, so check it out NOW.

If you believe that the kilts have always been a part of Scottish culture, then you need to recheck the history. This fantastic garment was first worn in the 16th century, which means that the movie Braveheart got it all wrong. In the film, they showed the scots wearing kilts in the 13th century, which is incorrect.

Do scots wear anything under their kilts? Well, this is a question that pop-ups in the mind when you see a person wearing that knee-length non- bifurcated skirt. It is just a myth because no one can imagine wearing nothing under a kilt in chilling winters. Also, kilts are worn as uniforms by firefighters, and you know that they climb up high on buildings. Imagine a firefighter wearing nothing under his kilt and climbing on a building. So, they wear something underneath their kilts.

Many people believe that only scots can don a kilt. This is not true. Anyone can wear a highland dress. No matter you have any connection with Scotland or not, you can rock your look by wearing the highland dress.

A kilt is an exotic and super comfortable garment that is worn by highlanders and both Celts, Irish, and Scots. It is available in different styles and designs out there so that you can choose one as per your choice. The highland dress is tailored to keeping modern trends in mind so you can wear it on any occasion. Choosing a complete Scottish kilt outfit is not easy whatsoever so, visit our website where we are providing help to our customers to make the decision easy. 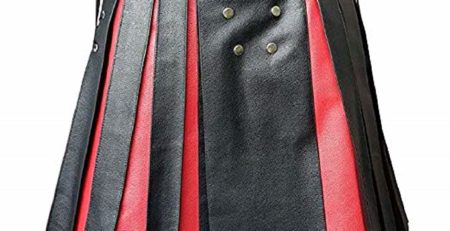 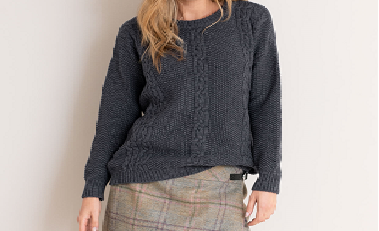 By now you might have seen plenty of men wearing the kilts for various purposes but the question which... read more 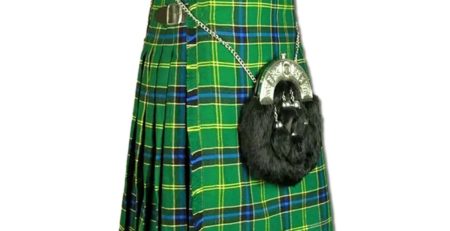 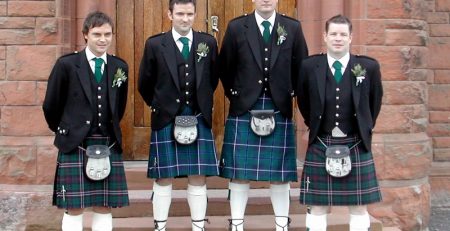